Delhi Metro‘s Jor Bagh Metro Station is on the Yellow Line, and is near the famous Lodhi Garden, Lodhi Road, Golf Link, Safderjung Airport,  Safderjung Tomb,  Indian Habitat Center , Prithviraj Road and Amrita Shergill Marg. The Metro Station is between INA and Race Course Metro Station of Yellow Line. It is  underground and has no parking facility, though a Lift and elevator  is available. 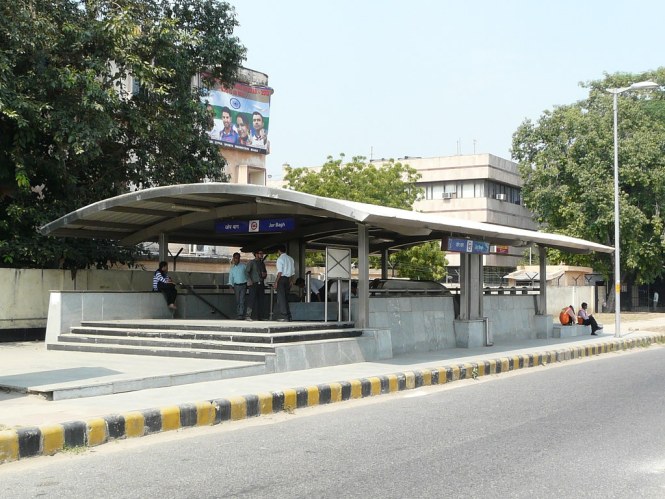